The title of the NSF project (#1257065) is, “A Sociology of Testing, Diagnosis, and Autism Spectrum Disorder (ASD).” Since the early 1990s, there has been an upsurge in ASD diagnosis, and while there have been sociological and epidemiological studies that account for the increased prevalence, little attention has been paid to the concrete ways in which clinicians examine a child, consult with one another about their findings, determine a diagnosis, and present that diagnosis to parents and other caretakers, who have played an increasingly significant role in the process.

So far, Doug and students have published a number of papers from this project – and a monograph co-authored with former student, Jason Turowetz is in progress – reflecting two main avenues of research. 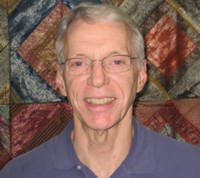 A first avenue involves the analysis of ASD testing, an analysis that maps children’s capacities for first-order, “concrete competence” as a part of the interactional substrate of testing. Concrete competence reflects the set of embodied skills that make it possible for a child to participate in testing at all (independently of how a child may score). Analysis shows how such competence can both enable and disable the display of second-order, abstract competence or what Margaret Donaldson calls the type of “disembedded knowledge” that testing privileges. Concrete competence could ordinarily be seen as a child’s own property or characteristic set of behaviors, but ultimately it is a co-construction in that, rather than reflecting a child’s solitary skill set, it is influenced by both the design of testing instruments and inadvertent cueing from a clinician who administers the instrument.

A second avenue on this project concerns how clinicians report the results of their testing via clinical narratology – the use of different kinds of stories about children’s performances in the clinic as well as at school and home. This avenue responds to Ian Hacking’s (2004) call for a Goffmanian mode of analysis to complement, and balance, the emphasis on large-scale transformations and discourses ala Michel Foucault. Through their narrative productions, clinicians provide evidence to support a diagnostic position. These productions include distinct story types that differentially contribute to ruling in or ruling out an ASD diagnosis for a given child. Story types include those about concrete “instantiations,” those that propose “tendencies,” and others that are “typifications” or generalizations regarding a specific child. Tendency stories and typifications predominate, to the neglect of instantiation (particularized) stores that could enable a more individualized approach to testing and processes of inclusion for a given child.

As an ethnomethodological-conversation analytic project, the data include audio and video recordings along with field notes from diagnostic clinics. Because of previous studies, Doug has data that spans not only the current era (data collection for the project took place between 2012-2015), but also previous decades of autism diagnosis. Accordingly, an expansion of the second project avenue addresses the sociology of diagnosis by considering how clinical practices have responded to historically changing regimes of definition.

Read the full article at: http://www.asanet.org/