Professor Jo Ann Oravec‘s peer-reviewed article, will be published in the “Ethics and Social Welfare” journal later this summer. The article is entitled “Artificial Intelligence, Automation, and Social Welfare: Some Ethical and Historical Perspectives on Technological Overstatement and Hyperbole“.

Abstract:
The potential societal impacts of automation using intelligent control and communications technologies have emerged as topics in a number of recent writings and public policy initiatives. Many of these expressions have referenced the writings and research efforts of Herbert Simon (1961), Norbert Wiener (1948), and contemporaries from their early technological and social vantage points concerning the future of technology and society. Constructed entities labeled as “thinking machines” (such as IBM’s Watson as well as intelligent chatbot and robotic systems) have also played significant roles in this discourse. This paper provides an historical sequencing then analyzes a selection of writings produced since the 1940s concerning the economic and social issues involving artificial intelligence (AI) research and applications. The paper explores how overstatements and hyperbolic themes and concepts, often stemming from AI’s early periods, are being employed in characterizations of current AI approaches in apparently opportunistic attempts to provide rhetorical support for various large-scale business and societal initiatives. It also addresses the relative neglect of the consideration of many of AI’s sociotechnical failures and discontinued approaches in recent examinations of automation and social welfare issues. The paper discusses the moral logic of AI researchers and developers providing reasonable and measured narratives in public discourse rather than hyperbole, efforts that can empower decision makers to make sounder judgments concerning the technology’s current and future applications as well as allocate the rewards of the technology more equitably.

Jo Ann Oravec is a Professor, University of Wisconsin-Whitewater, Information Technology and Supply Chain Management. She is also a member of the Holtz Center for Science and Technology Studies. 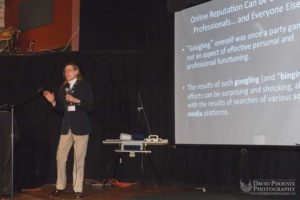