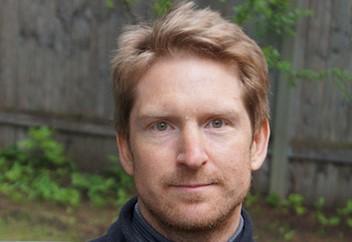 2019 has been a busy season for Professor Lucas Richert. A “season” that has lasted the entire calendar year. Richert joined the School of Pharmacy faculty at UW-Madison, after serving as a Lecturer and Chancellor’s Fellow at the University of Strathclyde’s Centre for the Social History of Health and Healthcare. After arriving in Madison, he also became a member of the Holtz Center for Science and Technology Studies, while simultaneously releasing Strange Trips: Science, Culture, and the Regulation of Drugs. In Strange Trips, Professor Richert revealed the myths, meanings, and boundaries of recreational drugs, palliative care drugs, and pharmaceuticals.

Richert didn’t stop there. He has kept momentum and recently “broke on through”, when he released his second book of the calendar year. Break on Through: Radical Psychiatry and the American Counterculture debuted in October and this highly-endorsed book is now available for purchase.

Professor Rab Houston (University of St Andrews) describes the book as a “lively and richly interdisciplinary book” which “charts how profound shifts within both medicine and society – and in relations between them – transformed modern American attitudes”.

In Break on Through, Richert uncovers fascinating stories and the mental health challenges and disruptions of the 1970s. He draws on archives, documents, journals and interviews from the 1960s and 1970s, as the radical mental health practices and psychiatric challenges of the later decade developed out of the emotional disturbances of the 1960s. In the book, Richert discusses anti-Vietnam War activism and the diagnosis of post-traumatic stress disorder, which was new to the era. He also shares revealing stories of new age therapies, experimentation and the radical psychiatrists that evolved out of the “anti-psychiatry” movement. Many of the issues experienced during this challenging decade are shared in Break on Through. These issues are still applicable today, as patients continue to seek relief from anxiety, depression and other disorders that are currently on the rise.