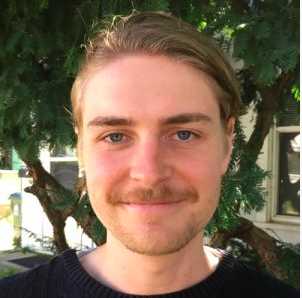 Patrick Walsh, an HSMT student with the Holtz Center, recently had an article published in Crikey’s Inquiry Journalism, Inq, an independent, Australian digital news journal and commentary publication. Walsh’s article is a response to the Australian government’s proposal to increase the cost of the BA degree by 113%, making it more expensive than a medical degree. This radical fee restructuring is an attempt to funnel Australian undergraduate students into STEM degrees, which have been subsided by the government, and to dissuade them from studying less “job-ready” degrees, like history and philosophy.

Based on his personal learning and teaching experiences in Australia and in the United States, Walsh argues that the Australian government’s proposed fee-restructuring for universities will have consequences for both the humanities as well as STEM education. He states that the humanities have made him a better scientist.

“The next generation will be less equipped to operate in a competitive international marketplace, and less able to adapt their science-making to the increasingly complicated world that demands their attention and expertise.”, Walsh states in the article, in response to Australia’s plan to restructure funding. He argues that STEM students need humanities classes included in their education, versus accidentally finding the information later in their career. These humanities courses will train them in critical-thinking concepts that cannot be found in a laboratory-setting.

Walsh is an Australian PhD student in the History of Science, Technology, and Medicine (HSMT) at the University of Wisconsin-Madison. He arrived in Madison from the University of Queensland, where he graduated with a BS, as well as a BA. He received a 2019-21 Holtz Center top of fellowship recipient. The Holtz Center offers this program to continuing UW-Madison graduate students with research interests in science and technology studies.

Defunding the humanities? This hurts STEM education too (Crikey)

The government’s plan to restructure university fees will have disastrous consequences for all students, not just those studying the humanities.

The Australian government’s proposed fee restructuring for universities will have disastrous consequences for the humanities. But it’s bad news for STEM education, too.

How do I know? Because I’m an Australian teaching the history of science to STEM students in a major public university in the United States, and I see first-hand how desperately science undergraduates need training in culture, politics, and society.

They come to my classroom as future geneticists without having ever heard of eugenics. Future doctors without any understanding that medicine can cause pain and injustice just as adeptly as it can give relief. Future engineers who have never had a forum to voice their concerns about how technology can erode our rights as citizens.

As it stands, Australian STEM students are even less exposed to these discussions because, unlike the US system, Australian universities usually do not require students to cross-enroll in humanities credits. This was the case when I was a science undergraduate at the University of Queensland, and I was funneled into science-only courses.

I was never taught that biomedical sciences are social systems — that therapeutic innovation can be racist, sexist and classist. Not once in my science degree did I learn how evolutionary theory was born on the assumptions of white supremacy, and how this racism still reverberates in 21st century institutions. Never was I made to appreciate that our abusive relationship with the environment is at once a scientific, economic, historical and philosophical problem, and that intelligent policy is only created through consultation with experts from all these fields.

I only learned about these things when I stumbled into a humanities elective. Taking this first humanities subject was transformative, and it made me a better scientist. Engaging in discussions about race, class, and gender truly reoriented my engagement with the sciences. Not only did I become better and more creative in my biology classes — who knew that a history class could help me better understand and challenge theories of heredity? — but I had an eye to how science was situated in society.

I saw science for what it is: plonked in a complex social milieu, bigger and more complicated than just “facts” and “data”.

Like me, many science students in Australia stumble into humanities classes and make these same realisations. Some of them do what I did: declare a dual degree in Science/Arts, and continue thinking deeply and compassionately about how STEM works in our world.

Under the new government plan, this fortuitous act of stumbling into a humanities class will occur less often, and less easily. As the door to Arts subjects is closed to science students, so too is an opportunity for enrichment.

Australia’s plan to restructure funding at universities is touted as an investment in the sciences, but it is actually a heavy blow. The next generation will be less equipped to operate in a competitive international marketplace, and less able to adapt their science-making to the increasingly complicated world that demands their attention and expertise.

It takes more than just a science degree to educate future scientists. They need the humanities, too, to train them in a type of critical thinking that cannot be found in a laboratory.