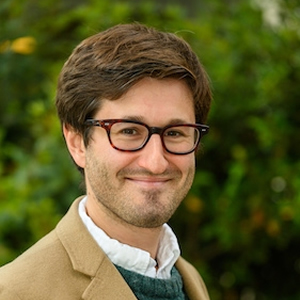 While becoming a member of the UW-Madison community as an A.W. Mellon Postdoctoral Fellow with the Center for the Humanities from 2019-21, Alexander Statman opted to join the Holtz Center’s community of STS experts shortly after his arrival. Statman is a historian of science and intellectual historian, who also serves as an associate lecturer in the Department of History.

As a historian of science, Statman was thrilled to come to UW-Madison and to join the Holtz Center, which coordinates a lot of exciting programming and fosters relationships within the STS community.

“I’ve always enjoyed conversations with people working in fields across the humanities and social sciences. In fact, the origins of modern academic disciplines such as anthropology, philosophy, and cultural studies is a major theme of my first book.”, he states. “Now that I have earned my Ph.D., I’ve also sought to contribute to broader public conversations about science, technology, and culture.”. He noted that the Holtz Center was a “natural way” for him to expand his intellectual community while at UW-Madison.

Statman’s research interests include intercultural conversation and exchange, the Enlightenment, and environmental thought — particularly in Europe and China. He received his B.A. from Columbia University, followed by his Ph.D. at Stanford University.

His articles have been published in a variety of journals, including Isis: A Journal of the History of Science Society and the Journal of World History. His upcoming book, A Global Enlightenment: Western Progress and Chinese Science (University of Chicago Press) argues that non-Western science informed a signature contribution of the European Enlightenment: the idea of progress.