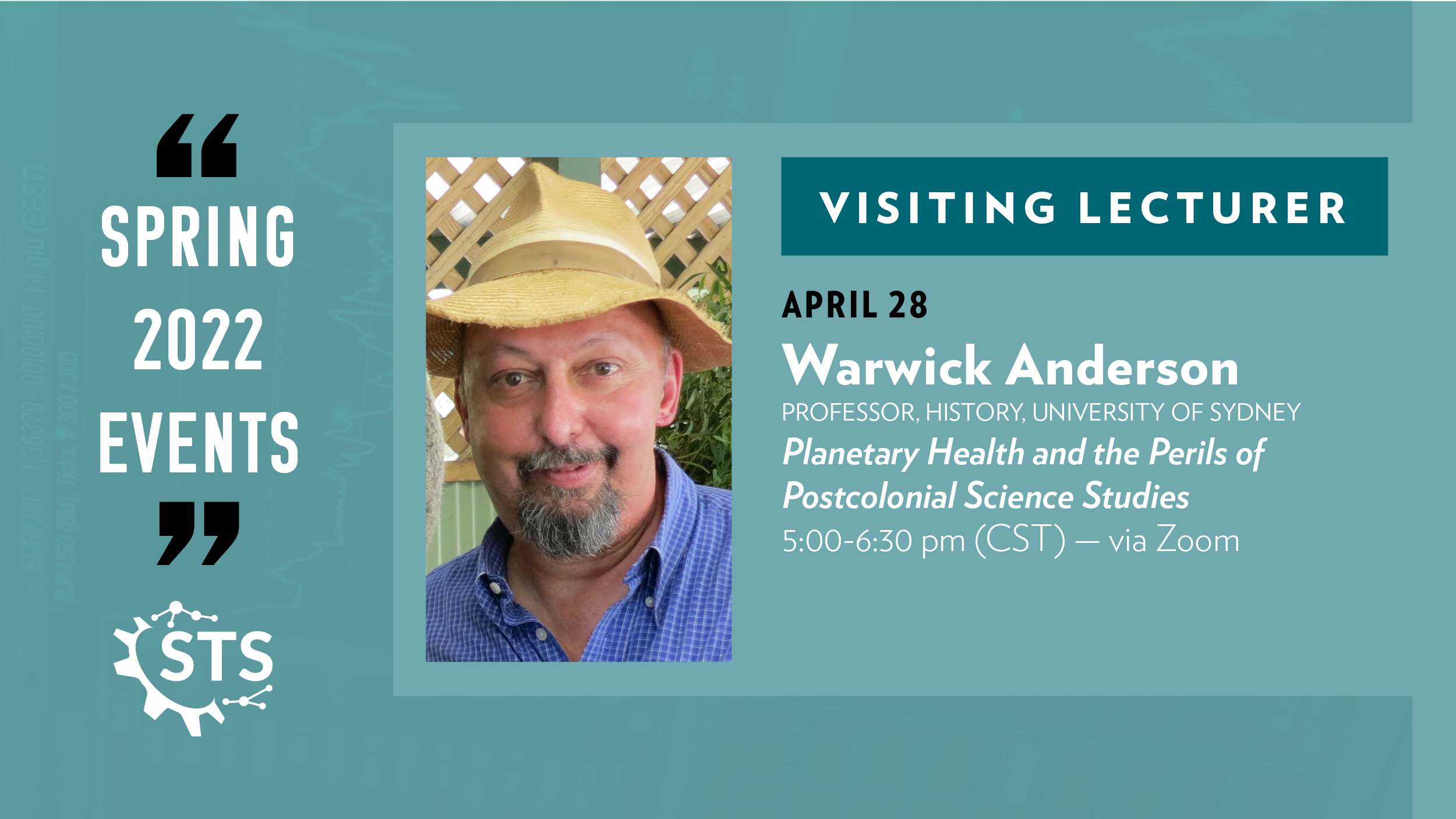 Anthropogenic global heating and catastrophic environmental degradation are major threats to the health of human and other animal populations, yet historians of science and medicine, and STS scholars more generally, are yet to address this predicament critically on a planetary scale. The impact of the capitalist world system on climate has deservedly elicited considerable attention, and we have become adept at critical studies of climate modeling and data practices, but these inquiries usually posit humans as impervious, dominant actors—rather than as victims of the processes they set in motion. Historians of environmental health have adroitly studied the effects of toxins and pollution at local or regional levels, but so far, they have struggled (especially in North America) to scale up to analyse systemic planetary hazards to human population health. In this talk, I want to sketch a plausible and perhaps predictable history of the new “planetary health,” which has emerged during the past thirty years among epidemiologists and public health experts to account for the effects of climate change on human health. I argue that any such critical history is necessarily postcolonial, in that it decenters rather than reasserts the supposed hegemony of the North Atlantic littoral in scientific thought and practice. I suggest rather that planetary health has developed in different settler colonial and imperial settings, still subject to a masterful white male gaze. It is important to tell this story, if only to open our imagination to genuinely alternative conceptual genealogies for a future planetary health, especially Indigenous, feminist, and queer reconfigurations. Thus, I ask how we might think and practice planetary health otherwise—and perhaps ”decolonize” it, at least metaphorically (which is not to say insignificantly). But another aspect of the planetary health narrative continues to disturb me: the focus on the human health effects of anthropogenic global heating may offer powerful biopolitical leverage, especially in the wake of a pandemic, but is there a danger of reducing the environmental degradation that matters simply to that which affects humans? Might we win the politics and lose the ecology?

Anderson W. Decolonizing histories in theory and practice. an introduction. History and Theory 2020; 59: 369-75.