From Cement to Solar: Scenes from a Moroccan Anthropocene 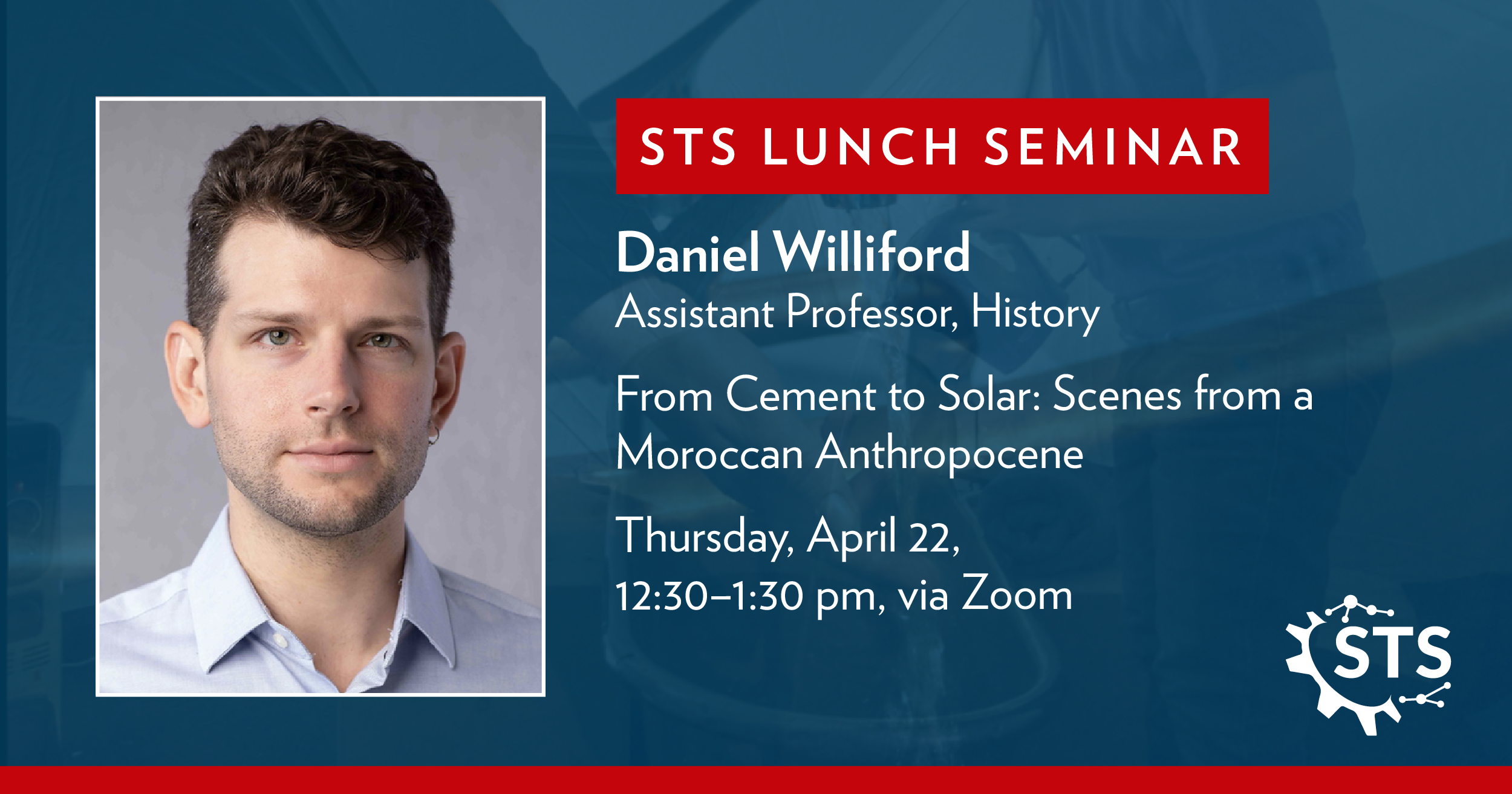 At first glance, cement and solar energy appear to occupy opposing ends of the spectrum in contemporary discussions of climate change and environmental engineering. While the former generates around eight percent of global carbon emissions annually, the latter embodies a kind of techno-utopian solution, not only for the production of green energy but also for the promotion of economic development in many of the regions that will be most critically impacted by climate change. This talk juxtaposes the construction of the Noor Solar Power Station near Ouarzazate with the colonial and post-independence history of Morocco’s largest cement plant in Casablanca. Both the solar power station and the cement plant were sites where grand national visions of development encountered the messy realities of conflicts over land and labor. Yet, starkly different approaches to governance and accumulation took shape at each site—reflecting profound shifts in political-economic projects and technological possibilities in Morocco. I trace the continuities and ruptures that have characterized the transition from one sociotechnical imaginary of development—with its preferred materialities and accompanying modes of extraction—to another. Drawing on oral histories with former cement plant workers and accounts of displacement for the sake of solar power, this talk explores stories about the Anthropocene that foreground contests over land, labor, and knowledge.